The Role of the Economic Community of West African States (ECOWAS) in Conflict Resolution in Africa: Setting an Example for the Continent

The Role of the Economic Community of West African States (ECOWAS) in Conflict Resolution in Africa: Setting an Example for the Continent

The Economic Community of West African States (ECOWAS) has pioneered peace and security missions in West Africa since the early 1990s. These assignments have been burdensome given that security perils in the sub-region have been complex and multifarious – but the organization has gone to great lengths to offer prompt and effective responses. 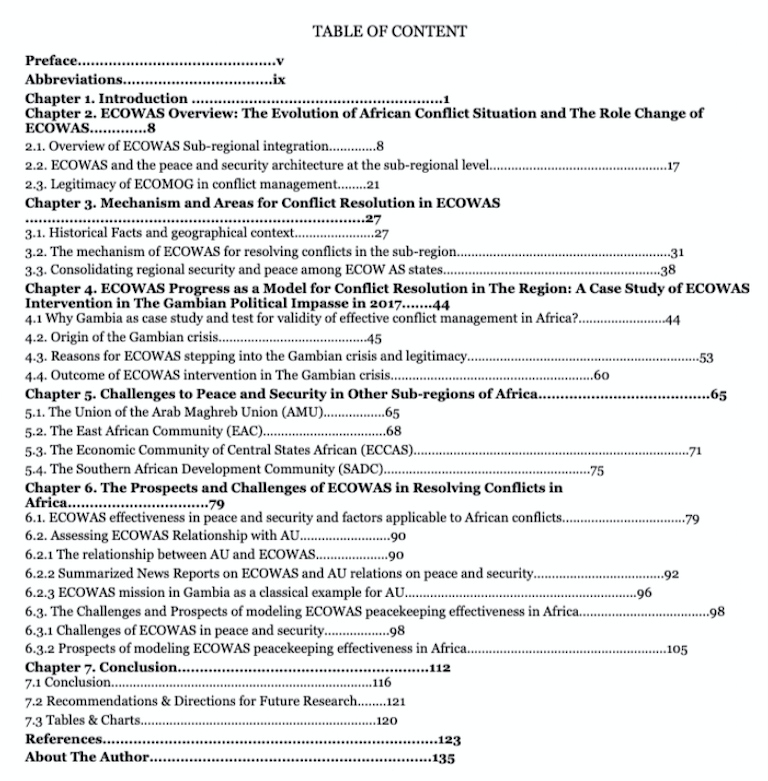 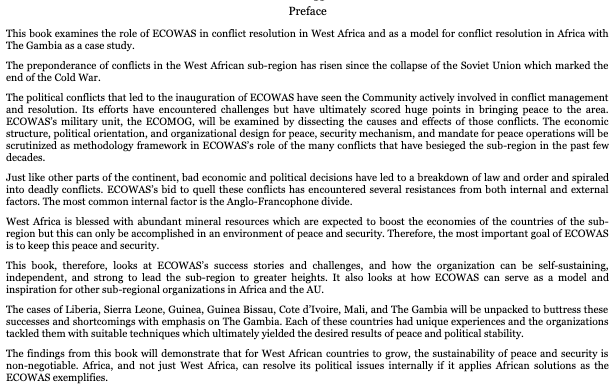 ECOWAS missions in Liberia, Sierra Leone, Mali and recently the Gambia which brought peace and stability in those countries have been hailed as impressive and used in many cases for reference. The organization has not only recorded successes within the sub-region but has also left an outstanding image of what a peace-keeping unit should look like.

In this book, The role of ECOWAS For Conflict Resolution In Africa. Setting An Example For The Continent, the author makes a case for ECOWAS, analyzing the courage, successes, and failures of the organization while arguing that the African continent needs to draw on the experiences of ECOWAS to make sure that the region is at peace and governable.

He reinforced his argument with the case of ECOWAS intervention in the Gambia in 2017. The organization using diplomacy and military clout forced the defeated Gambian President Yahya Jammeh to hand over power to Adama Barrow who was the people’s choice and the winner of the presidential election.

Africans need a peaceful community to thrive in many daily activities including trade and what they demand is simply an organization that can guarantee security and so far, ECOWAS has done remarkably well in that area.