Mental Illness is a topic most humans refuse to acknowledge or admit, even more-so in the Black community. October 4th – 10th , 2020 is celebrated as  Mental Illness Awareness week and people have taken to social media, hosted workshops and forums to shed light on some of the issues faced and in an attempt to break the stigma. In this article Natasha shares her own story of the Black Experience and Mental Health in China

Trigger: This article contains information about mental health issues and suicide which may be triggering. Reader’s discretion is advised.

I had been wanting to go to China since I was 17 years old. Before I’d even researched it, I associated two words with China, tradition and community. China is a place full of old interesting traditions and has strong regard to the community. It piqued my interest because it reminded me of Nigerian culture in those ways. My reason for going to China is kind of ironic because I thought it would be a culture similar to the one I was raised in. In some ways it is, but it can also negatively look down on African culture and Black people as a whole.

My first experience of racism in China was before I had even gotten there. I was trying to get a job as an Au Pair during my gap year to escape my terrible retail job for 6 months before university started. I had an interview with some families but one stuck in my mind. It was a great meeting and I had thought it went very well. I had made them laugh. I was convinced I would be au pairing for them. Then I got an email saying that they had gone in a different direction. I had a feedback meeting with the company and the guy said ‘They wanted a white Aupair, someone who was actually English’. This hurt. I remember sitting in my car during my lunch break crying. It affected me, a lot. Even so, I didn’t let this one experience colour my opinion of Chinese people. Chalking it up to a few bad apples in the bunch.

This was the start of me having to prove that I am British to Chinese people. When I got to China, every time I got in a taxi, I had the same conversation with the driver. They would usually ask; “你来自哪里?” (“where are you from?”)，”你的国家是什么?” (“Which country is yours?”). I would always say “我是英国人” (“I am British”). Then I would catch their eyes flickering in the mirror, trying to get a good look at me. Every single time without fail, they would then say “我不知道英国有黑人”(I didn’t know the UK had Black people) “不真的，你是非洲人”(Not true, you’re African) “真的吗，我以为你是黑美国人。”(“Really, I thought you were a black American”). Then I had to explain migration to them and that my mother was born in Nigeria but she moved to the UK and I was born in the UK and have lived there my whole life. Sometimes they’d leave it at that or sometimes they would say “哦， 我明白了。你是尼日利亚人住了英国。” (“Oh, I understand. You’re a Nigerian living in the UK”) My response would be “不，我是一个黑英国人” （“No, I’m Black British”). These conversations would always leave a bitter taste in my mouth. I would be so adamant that I wasn’t African, so adamant that I wasn’t Nigerian or Ghanaian. I would clutch on to being British because that’s all I’ve ever really known. As someone who is part of the diaspora, who has only been to Nigeria once, never been to Ghana, doesn’t speak Yoruba and felt disconnected to my West African roots, these conversations stir up a lot of guilt. I felt like a fraud when I would claim my Nigeria or Ghana heritage because I didn’t know much about them. I had more knowledge of China than my home but I felt like I was rejecting my roots anytime I would claim the UK.

As a kid growing up, I hated being black. I wanted to assimilate and become white and not be related to Africa at all because of how bad Black people were portrayed in the media and around me. When I turned 16 I started listening to more black artists, specifically Kendrick Lamar’s album, The Blacker the Berry. This in my opinion made me comfortable and made me love being Black. But that was only through the lens of being Black British. Going to China made me confront feeling African for the first time in my life. Made me realise that I had a lot of internalised racism towards Africa, Nigeria and Ghana. Also seeing how my fellow Africans, who had grown up in Africa, were being treated broke my heart. Towards the end of my time in China, I was having a conversation, this conversation was with a friend of a friend. He was educated in the US and was working a quite important job. He asked me, totally serious and with such genuine curiosity “Why are all black people in China drug dealers?”. I was taken aback by that question and was in a state of shock. I’d also been in China for 9 months by that point so I was so used to Chinese people asking ridiculous questions about my race but this threw me by surprise. I replied “They’re not. I’m Black and I’m having a conversation with you right now and not selling you drugs.” He then laughed and stated that: You’re British, not African, so you’re fine but African people are living in China illegally and selling drugs.” That pissed me off so I said “That’s not true,” and steered the conversation quickly out of that area. After this conversation, I was thinking so much about my African identity. How are people seeing me? How are people seeing other Black people? Do they see me as just a drug dealer? Do they see me as unsafe? Do I see myself as African? Why am I spending all this money and going into debt to get a degree in a language for a place that views me and people that look like me like that? Do I see myself as African and British? Why have I spent more time in China than I have spent in West Africa? Why haven’t I taught myself Yoruba? A myriad of questions was racing through my head.

I experienced a lot of racism whilst I was in China. I wasn’t allowed to enter a club because I was Black and I was shouted at by the head of security (who was a Black man but he was known to the Black community in Shanghai as being racist towards Black people and misogynistic specifically towards black women). I was rejected by a lot of English teaching jobs because I wasn’t white but white Europeans whose first language wasn’t English got plenty of jobs. I was rejected by taxis regularly. When I was in Shangdong Province visiting my friends family for Chinese new year, I went to the toilet at a KTV and a girl screamed thinking I was a man. I was told that I couldn’t use the female toilets because they thought I was a man on a multitude of occasions. I was told ‘You’re so pretty for a Black girl’. I was told ‘I was too dark to be beautiful’. I was told ‘Your natural hair is ugly’. I had my picture taken without permission possibly every day. I was stared at, spat at, gawked at, sexualised and just treated pretty badly. For context, I am a 5’11 (181cm) tall, mid to plus size girl and at the time I had long blonde box braids. I stood out. I was a target. After the conversation I had with the man, I realised that Africans that were raised in Africa had it even worse because they didn’t get to use the British passport to get out of trouble. It messed with my head and started making me think about my African identity and what being African means to me.

With all this racism, mixed with being away from home and my support system, learning a new language, these new and unexplored identity issues, going to university with undiagnosed ADHD and getting used to the craziness that is Shanghai; my mental health depleted very fast. There was minimal support, from my home university and the one in China. I was sent to talk to one of the staff members about my problems but they weren’t trained counsellors. I also tried to get a mental health consultation with a GP but the health insurance said no because it wasn’t an emergency. This all resulted in a suicide attempt in April. I’m still standing here because of my friends, Alice and Valentina, who got me through that terrible time. I remember after my suicide attempt my friend said that I needed to go back home, I needed to drop out and go home and get well again. I thought about it, for a while, I said no. I refused. I thought if I drop out of university I’d have nothing. I’ll go home and have nothing, I would’ve been without a job living at home with my mum feeling like a failure. I recognise now that taking care of your mental health is way more important than your pride and I should’ve taken a break and tried to speak to my home university to sort out a plan of action, but that wasn’t the case. One thing that is very hand and hand with Black female identity is this notion of strength. We are strong Black women and can handle anything. This pressure is from society and also internalised which is unhealthy, deeply unhealthy. This can stop many women from reaching out for help. It stopped me. After my suicide attempt, I decided to make some small lifestyle changes. I started going to university again. I started leaving the house more. My best friend from school came out to visit. I tried meditating. Anything to get me through this feeling until I could get back to the UK to access help. As soon as I got back, I started on antidepressants and they saved me. Mental health within the Black community, especially in a country where casual racism is rampant, is extremely important.

Part 2 of Natasha’s story will be coming soon. In the meantime, we encourage you to take stock of your own feelings and emotions. This year has undoubtedly been a trying one for all.

How is your mental? 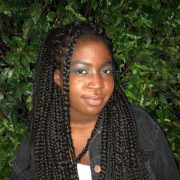 Natasha is a Black British woman who studied in Shanghai during her year abroad from her UK university. She currently studies Chinese and International Development and is planning to move back to Asia after graduation to become a Chinese to English translator. She hopes to continue writing about her life experiences and her time in China. She is a singer, writer and slightly obsessed with cooking.

We need to talk about racist articles on WeChat