The first African students to study in China reached the middle kingdom in the mid-50s; since that time the number of students, academics, entrepreneurs, and more hailing from the African continent and knocking at China’s door has risen – and shows no sign of slowing down. And with the deepening of Africa-China relations, seminal works documenting these stories and the context that underpins them have also become a staple of the publishing world.

But in a space dominated by western voices, we’ve collated a list of some of the most significant written offerings by African thinkers across the ages that help to demystify the Africa-China landscape and what it means for Africans.

Emmanuel John Hevi’s must-read work- An African Student in China is one of the earliest (and most controversial) texts which centre on the “African experience” in China. The book chronicles his experience as an African medical student in Red China in the early 1960s. Hevi sheds light on conditions during Mao’s realm during one of the most difficult periods in the country. The story documents what Hevi describes as Mao's ambitious effort to win over the hearts and minds of these African students, in the hope that they’d become his agents in their native lands. Yet, instead of leaving with a pro-China perspective, Hevi writes of their discovery of just how the Chinese could be as guilty of flagrant antiblack racial discrimination as any white imperialist or colonialist of the 19th century. In the author’s own words, the book was written with the aim of telling Africans what life was like in Communist China and to guide and warn African students who wanted to study in China. It serves as a fascinating and rare glimpse into a little-known part of early Africa-China exchanges.

Professor Adams Bodomo’s Africans in China- A Sociocultural Study and its implications on Africa-China Relations is a pioneering study of the African presence in contemporary China. Bodomo is a linguist and professor of African Studies who founded and directed the African Studies Programme at the University of Hong Kong in the 90s. He would go on to teach at the university for more than 15 years. The book explores the African presence in China through the use of Bodomo’s research, focusing more specifically on the presence of African traders and students across the country. By examining these new diaspora communities, Bodomo addresses what it is like to be African across China, after having interacted with over 700 Africans across six main Chinese cities - Guangzhou, Yiwu, Shanghai, Beijing, Hong Kong, and Macau; Bodomo literarily constructs the everyday lives of Africans in China.

Lina is an independent consultant focused on Africa-China policy who, in 2019, published her second book – The Complete Beginner’s Guide To China-Africa Relations. She spent five years documenting China’s rise as a key player in Africa’s economic development, condensing her findings into her book. She marks 2014-2018 as a crucial period in Africa-China relations when the Belt and Road Initiative went into full effect, leaving a noticeable impact on the continent. She notes this period also saw a large number of Chinese firms gain market entry into Africa, and was the time in which African nations truly started to welcome Chinese tech advances among many other milestones. The book’s charm is in its ability to engage readers with little to no prior knowledge of Africa-China relations, offering key insights into the most important areas of exchange between Africa and China.

The late Olayiwola Abegunrin was a Professor of International Relations and African Studies and author of China’s Power in Africa: A New Global Order in collaboration with Charity Manyeruke. A scholarly analysis of the relationship between China and Africa, China’s Power in Africa walks readers through the economic and political implications of relations between China and Africa. As China has become Africa’s largest trading partner and the largest infrastructure financier on the continent, this book seeks to understand the dynamics of the escalating Chinese investment across African economies and the political implications of this development for African nations. 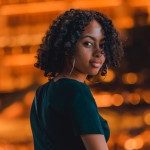