News that offers little comfort to Africans at home and abroad – the first case of Coronavirus on the continent has been confirmed.

On 14 February, Egypt became the first African country to report a confirmed case of Coronavirus. A spokesperson for the Health Ministry, Khaled Megahed, said that tests were run on someone suspected to have the virus even though they presented none of the symptoms. Since then, the Egyptian Ministry of Health has informed the World Health Organization and is working together with them to contain the spread. The patient is understood to be a non-Egyptian national. 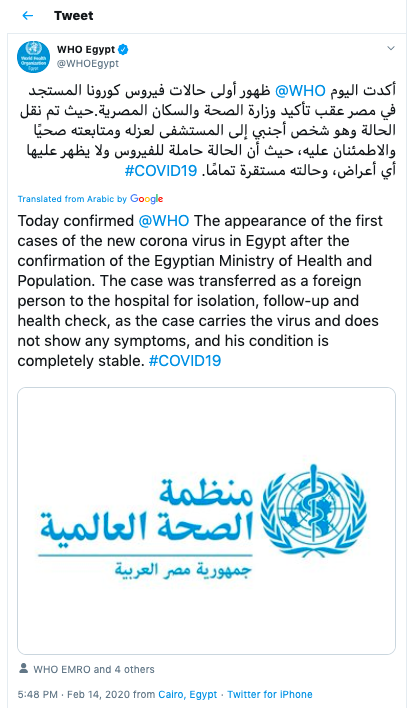 Egypt’s ability to catch the virus on an asymptomatic patient could be attributed to the detection measures it employed early on, to the praise of the representative of the World Health Organization (WHO) in Egypt Representative John Gabor. After the WHO’s first statement on 7 January about the detection of Coronavirus internationally Health Minister Hala Zayed immediately held a meeting, reportedly on preparedness, with the local WHO office.

At the present time, the Ministry is checking in on other travellers to the country – possibly as the virus was brought into the country by a foreigner whose nationality is unknown to the public. The patient is currently under quarantine at a local hospital. Those who came into contact with the patient since their arrival have been placed under quarantine in their respective homes for the 14 days that it takes to test definitively for the virus.

There has been much talk about Coronavirus and both the continent’s preparedness in the face of the threat – and to what extent the threat for African nations even exists.

Since news of the outbreak and its escalation to Public health epidemic broke, African nations have begun to prepare themselves against Coronavirus.
The WHO identified 13 countries labelled ‘priority’ due to their relations with China. Of these, eight countries have received expert help in coordinating preparedness efforts. 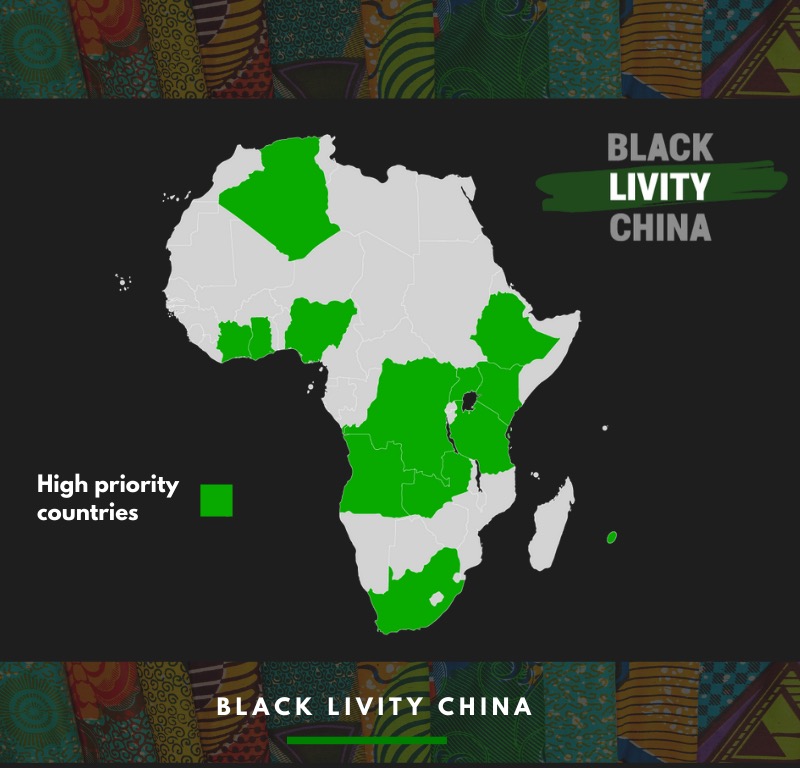 Impressively, the continent has sprung to action in the fight against Coronavirus. Just over a week and a half ago, only Senegal and South Africa had the capacity to both test and confirm the virus in samples. Fast forward to today, and some 19 African nations can test for the virus.

But are African countries even at risk?

Some have suggested that Coronavirus can’t survive in warmer climates, and as such most African countries have a natural immunity to it – the exception perhaps being South Africa who’ll enter into winter this June.

“When the season is warmer and more humid, the droplets transmitting [other viruses like the flu] tend to fall out of the air more quickly, therefore limiting its transmission,” explained Yap Boum, the Africa representative for Epicentre, the research arm of Doctors without Borders (MSF) in conversation with DW News.

According to epidemiologist Paul Hunter, a medical professor at Tshwane University of Technology in South Africa, diseases like SARS and Coronavirus – droplet diseases, as they’re known, don’t tend to be much of an issue in African nations. SARS, for example, spread throughout a total of 26 countries worldwide in 2003 but didn’t make any real impact on the African continent.

It remains to be seen if confirmed cases of Coronavirus will appear in other African countries.