‘I usually turn to music in difficult times because as we all know; music is a universal language’. Ghanaian International Trade and Economics student Kekeli Semeh-Nyadi is better known in his city of Xuzhou as rapper Major Key, a name he says he chose in honour of one of his favourite artists, DJ Khaled.

After campuses across China announced shutdowns amidst fears of the virus spreading, instead of succumbing to the fear, the 20-something-year-old musician chose to record ‘Mask On’, an upbeat rap song he made in just an hour to remind foreigners and locals alike to take precautions in light of the Coronavirus outbreak that’s spread across all 31 regions of the country.
‘Music has its own way of delivering messages to people, so I took advantage of that language to speak to the masses.’

Latest updates confirm that 9811 people have contracted the novel virus and a further 213 people have died as a result of it. The virus has spread to all 31 regions of the country. Official advice reminds those in China to stay indoors and to wear masks if forced to brave the outdoors. ‘Mask on’, he tells us, was created to reinforce that same message.

Support for Major Key’s musical efforts has poured in from all over. ‘Foreigners have been nothing but positive to this music and they’ve taken it as an awareness message reminding them to maintain good hygiene…it’s just positive vibes.’, Major beams.’And as for Chinese people, one person said to me personally that “the song alone can get rid of the virus”.

Mask On has become so popular that in 26 hours of its release it ranked number one on popular Chinese music app Pyro’s Music chart having been streamed thousands of times. For Major, this is confirmation enough that ‘Yeah, THE SONG IS SERVING IT’s PURPOSE.’

Speaking on the situation in his own city, Xuzhou, Jiangsu province he tells us that ‘ ‘As of now shops around me are closed and hearing from other friends too, most businesses and shops remain closed. Pharmacies have run out of stock of Nose masks. The city isn’t really on lockdown but my school has taken measures to keep us safe by keeping all exits and entries to the school on lockdown. We are not permitted to go outside the school grounds without proper reasons and same pertains to other schools around the city. Definitely…people are scared, some are even willing to go back to their countries if they had the money to travel while some who are financially capable have already left.’

Nonetheless, the musician informs us that he’s keeping his spirits up, ‘I am very optimistic in the face of adversities. Let’s say I stay 80 per cent positive in every situation I find myself in.’

He continues, ‘If you listen to Mask On (Corona) well enough you can feel the positive vibe behind it, to keep people calm and cautioning them to leave the mask on their face when going out and there is no Flex Zone in this crisis, wash and sanitize your hands as often as possible etc. It’s kind of funny when you hear it but it calms you down and makes you feel good and rest assured that when the precautions given us are well adhered to, in due time we can fight this deadly virus. ‘

When asked if he had ‘When we all come together in solidarity and obey laid down procedures rather than panic, we can fight this virus and help one another, we will survive through this CoronaVirus era.’

Major Key is planning to release more music in the coming months.

To stay up to date with his music follow him on:

Major Key is not the only artist to release a Coronavirus-related track – the controversial F#$k DAT Whaaa (Coronavirus diss) by BOOK music group has also been making the rounds across Chinese social media platform WeChat.

‘We wrote this song just to make people laugh because everyone is stressing about this virus. The song is more about the virus not the people in Wuhan. We just wanted to have people focus on having fun, and enjoying life because we don’t know when it’s our last smile or laugh. Our hearts and thoughts are with the people in Wuhan and everywhere the virus have hit.’， told a representative of the group. 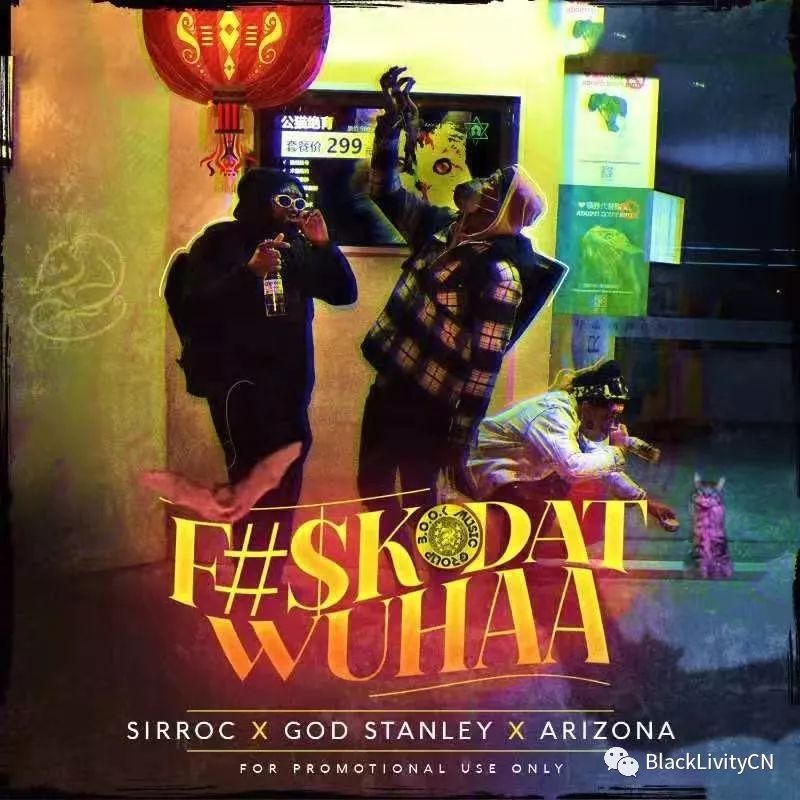