As the number of cases related to the new Coronavirus jump, Chinese social media has been abuzz with news, memes and pseudoscience on prevention steps for the novel virus.

It has been a sombre Lunar new year for many, as 15 more deaths were declared by authorities in Wuhan the epicentre of the outbreak. The first three cases were also reported in Europe; first case reported in Australia and 2 cases confirmed in the U.S. So far there are at least 1287 confirmed cases, and at least 41 people have died. A total of 8,420 people are reported to be under observation. Travel bans were extended in central China to put tens of millions of people effectively on local lockdowns. Beijing has also announced the suspension of inter-city and inter-provincial buses. In Wuhan, where the virus was first detected, workers are racing to build a 1,000-bed hospital to treat victims of the disease.

Let us also take a moment to think of the Chinese families affected by the outbreak and recognise the hospital workers and doctors who continue to risk their lives for us all during a period that should be all about family, food and fun. 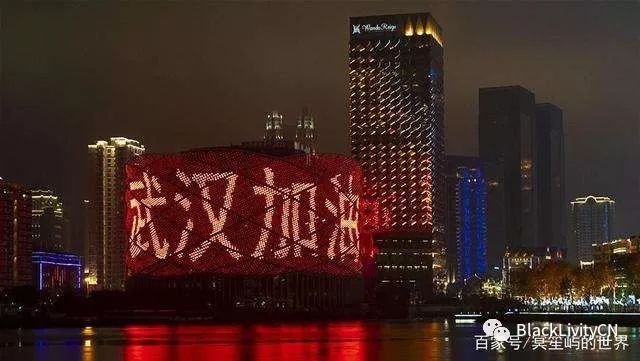 With Wuhan essentially being under lockdown, those affected most are the 10 million people who call the city home, amongst them an estimated 20 thousand international students. Black Livity China reached out to a handful of these students to find out how they are coping during this difficult time. The sentiment echoed by many of the students was that many were experiencing difficulty procuring necessary provisions such as masks which are said to have run out, as well as testing kits. Additionally, food and water shortages appear to be a universal concern for most students.

– The international office at a Wuhan University has been great, according to Monifa, a PhD student in Wuhan
– Having a young son has made things difficult
– Rumours have added to hysteria amongst those in Wuhan, posts debunking these myths have been helpful
‘Most of us are just trying to figure out what to do next – We have a shortage of food’

– All stores are closed, causing a shortage of food for those who were unable to prepare ahead

‘With social media, it’s definitely become worse – People are scared’ – Wilson
– Many stores ran out of food prior to closing


– Social Media and the sharing of unverified information has exacerbated the situation, causing hysteria amongst many

– Students returning to Wuhan told not to return until further notice

As seen above, all the students interviewed felt that the rapid spread of unverified information is further spreading fear within the community.

One such rumour that was being circulated stated that Wuhan will begin to spray disinfectant powder over the city. The rumour was written as “The city’s Air Force will begin to spread the disinfectant powder over Wuhan today (23rd at 5pm). Please do not go out and do not buy things outside. If you buy them, take them home and wash them and foam them.” This report was later verified with the authorities to be false.

These very same rumours are now being circulated in group chats in Guangzhou further spreading hysteria and fears among the residents across the city, local and foreign alike.

In a time of such critical situation, with those in Wuhan in mind, we strongly encourage people to be vigilant of the news that they take in and share with others; making sure not to share information that has not been verified as such rumours lead to fear-mongering. We also encourage everyone to be aware of the symptoms of the new virus and know the proper medical facilities that are equipped to provide the necessary medical care. Vigilance saves lives; stay safe and aware.

Will There Soon Be A ‘New Dawn’ for Wuhan?