This piece was originally published on Thrive Beijing, a lifestyle brand and online platform supporting and inspiring foreign young professionals living in Beijing. It is republished here with permission and edits.

What originally started off as a platform designed to highlight black businesses and entrepreneurs in Beijing quickly developed and expanded into the event popularly known as BlackEXPO. This second time around as part of Beijing Design Week, BlackEXPO attracted over 400 people, nationals and foreigners alike to mix and mingle in the Beijing hutongs exchanging laughs and conversations at the unique intercultural fair. The creative market amalgamates performers, artists, entrepreneurs and vendors from all over the world to showcase their talents, creative works, merchandise, and services. The Expo hosted over 40 vendors and 6 different workshops that varied from investment advice and dance classes, to crash courses on Elementary Chinese. What’s more, the Expo not only appeals to people living in Beijing, but has also inspired and sparked the interests of entrepreneurs living in other parts of China. 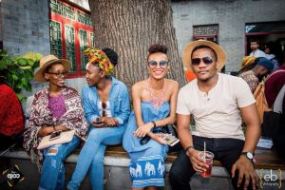 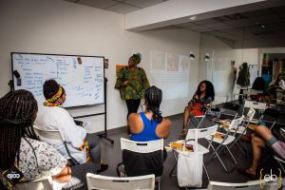 Cheroll Dossett, an African American living in Guangzhou and the author of “Unaplogetically Black in China” asserted that “coming to Beijing was like water in the midst of the desert, it was something that I was thirsting for, for a very long time. I’ve been living in China for the past 7 years and this was the first time I had the opportunity to experience the positive connections shared by the attendees irrespective of their ethnic and racial origins. People were willing to cross the racial divide for the purpose of collective entrepreneurship and I think that was beautiful. We’ve shared our resources, we’ve shared our talents and our understanding of what its like to be black in China.” 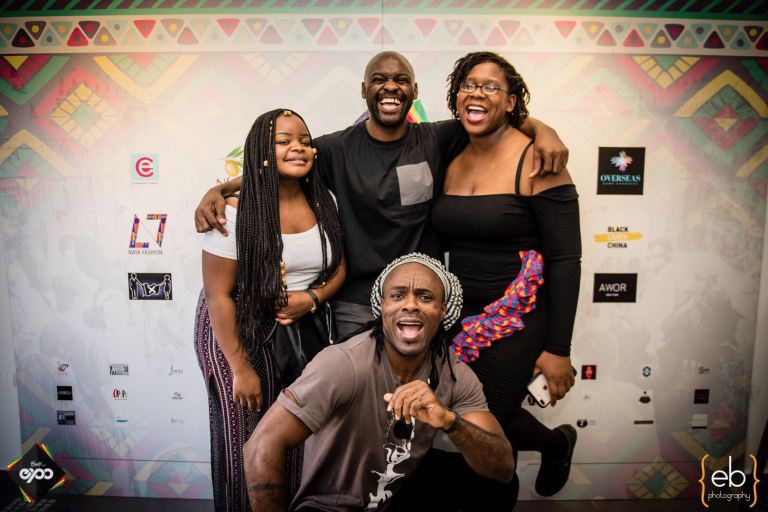 One of the founders Olivia Nadine initiated the idea of BlackEXPO when she noticed a need for black businesses to have a platform to highlight the work they do here in Beijing. “I first put a call out on WeChat to see if anyone would be interested and James Sserwadda reached out in support of the idea. Within our first conversation, we went from a small event with 15 vendors to what people now know as BlackEXPO. I may have had the initial idea but working with James, we’ve built a larger vision, and this time we had Chika Mora joining the team, pushing us not to rest and to continuously innovate.”

Chika Mora, one of the newest and proud organizing members describes BlackEXPO as “more than a market, it’s a whole experience.” When she attended the first edition on March 31st, she became inspired and connected to their vision. Not only did Chika reach out to the team afterward but she then applied to be part of the organizing team. As an entrepreneur herself Chika stated “I knew how their mission was just so necessary for where we are as black people in China today”. She also added, “I ove BlackExpo because I feel that people in and outside of China are constantly surprised that we’re here, and I think when you gather so many people of colour in one place you saturate that dot and it makes it very visible. To me BlackEXPO is a stamp that says we’re here and we bring value. We‘re not just coming here as spectators but we’re actually coming here as facilitators of change and progress of something amazing. The value of BlackExpo is showing the value of black people and that is priceless” Chika Mora is the Founder of “Whats’s Good Beijing” which is an event discovery platform that publishes a weekly magazine with the city’s hottest events, averaging over 1000 readers and posting over 100 events each week. 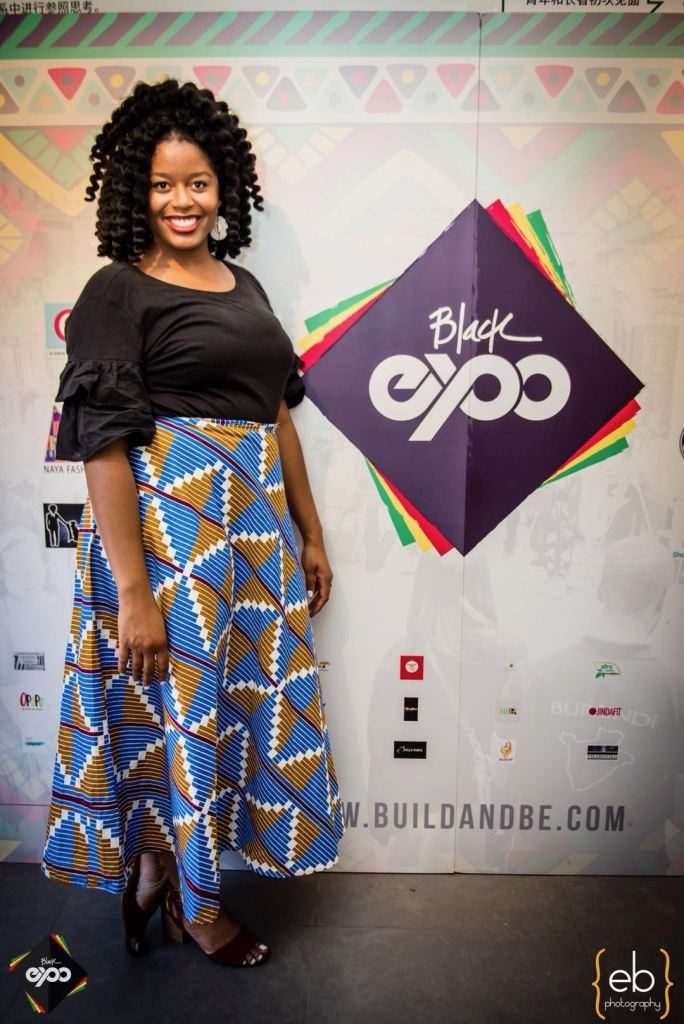 OPOPO magazine founder, Rhianna Aaron was also a vendor participant who vocalized that “the Black community in China has a wealth of entrepreneurs and talented individuals who don’t always get a chance to be featured. Black Expo gives them that platform and allows them to reach a much wider audience than before.  Rhianna goes on to share, “My brand, OPOPO Magazine, makes close to 20% of its yearly sales at the event, so it’s definitely beneficial. What’s more, the expo provides an avenue for positive messages to reach outside our community. For example, I sell my ‘黑是美 Black is Beautiful’ merchandise and it’s purchased by people of all backgrounds. I think it’s exciting that this message is supported by so many people, regardless of heritage or background.” 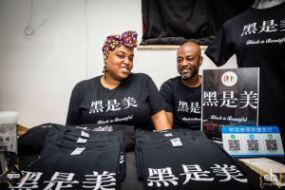 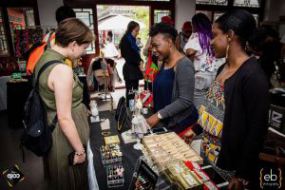 As events like BlackEXPO continue to assemble people from all walks of life culturally, ethnically, and professionally, these encounters are significant in creating foundations and networks especially for new comers in Beijing. Everyone has a different purpose for coming to China, but it’s the collective exchange that makes the whole cultural experience worth while. 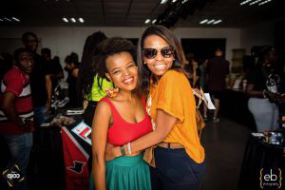 With a Hons. BA in International Political Economy and Indigenous Studies Yolanda Ajak spent several years building her career in the non-profit sector in Canada before relocating to Beijing in 2015. With an interest in Social Media and content writing Yolanda enjoys writing poetry, personal development pieces and covering events in Beijing. A natural rising talent in the field of Communications, Yolanda is also an aspiring photographer. She also has a creative blog with a multicultural twist that intersects travel photography and stories with a mix of poetry and self development.

BlackEXPO is coming to Shanghai!

Scan the QR Code to get involved! 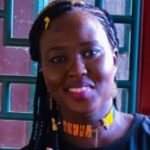 With a Hons. BA in International Political Economy and Indigenous Studies Yolanda Ajak spent several years building her career in the non-profit sector in Canada before relocating to Beijing in 2015. With an interest in Social Media and content writing Yolanda enjoys writing poetry, personal development pieces and covering events in Beijing. A natural rising talent in the field of Communications, Yolanda is also an aspiring photographer. She also has a creative blog with a multicultural twist that intersects travel photography and stories with a mix of poetry and self development.