One of the biggest inconveniences of living in China is being the absolute last to get everything. But sometimes – just sometimes, the universe has a way of saving the best until last.

For most black people in China, the 8th of March was the first opportunity to show out and finally experience Black Panther. By this time the rest of the world had long explored every intricacy of Black Panther and its impact; meanwhile many of us here still stood idly on the outside waiting for our turn to ‘get’ the hype. When it finally reached our shores, it became apparent that Black Panther, for Black China, would hold a significance unique to our experiences here. This article details what went down over Black Panther Weekend, how it sparked fruitful conversations on unity and helped us lay Vibranium bricks for more resilient bridges within our community.

In a mere three days over box office weekend in China, Black Panther earned $66.5 million, far surpassing Marvel’s projected $22.7 million. This occasion marks the first movie with a predominantly black cast approved for release in Chinese cinemas. Black Panther thus became the first opportunity for the black community in China to be represented en masse on the big screen – and boy did we relish it.

When China doesn’t give you premieres, Black people create their own

When the date for the US release of Black Panther was announced, there was much speculation in China about whether or not it would be making its way to our shores. Once news broke that it would, there was an instant drive to organize black groups to see it, much like that seen across the world. In the immediate aftermath of that disastrous CCTV sketch, against the backdrop of race-related scandals, and more positively with US Black History month having recently passed, Black Panther was a welcome and notable milestone for our community.

The Beijing premiere, organized by the amazing Rhianna Aaron of OPOPO had been in the works for close to a year. Innovative community-oriented groups such as Pan-Africans today in Xiamen, and Kairo in Shenyang also rolled out the red carpet for premieres in their respective cities (full photo album here).

Despite the black communities range of views on the movie itself, by all accounts there’s no disputing the electrifying energy generated by us coming together to watch Black Panther.

It quickly became clear that the appeal of Black Panther wasn’t exclusive to any one demographic within the community- Africans directly from the continent and members of her diaspora equally anticipated the chance to revel in Black excellence – something that by all accounts rarely happens in such unison.

Watching it at OPOPO’s Beijing premiere we shared exclamations of joy each time elements of our culture appeared on screen, and a chorus of laughter from the whole black community when Shuri called the CIA agent a ‘colonizer’ – an all too familiar reminder of the Western oppression that all black communities resent in equal measure.

Without factoring in the enjoyment common to black communities worldwide, the context of black life in China presented a unique point of departure that led to Black Panther becoming such a phenomenon here.

By opting to live in China, we’ve chosen a country with which most of us have no ancestral ties. China is neutral ground between all of us as black people – none of us are indigenous to it or feel a sense of ownership of it and so it serves as a place to meet in the middle. For those who may wish to, opportunities to integrate into mainstream society are few and far between. By virtue of the clear racial distinction between Han Chinese and black ethnicities, black people here are never assumed to be a part of China’s citizenry – there is no ‘passing’ as a Chinese person for members of the black community here, and as such we are visibly ‘other’ from the very start. This separation between many Black and Chinese people becomes even more pronounced due to language and cultural differences.

In China, there is an immense lack of opportunity to see ourselves accurately and respectfully portrayed in mainstream culture. Many of us in black communities across China feel we’ve been misrepresented one too many times in advertising, in news, and even in Chinese state media (CCTV Gala). There are those who also feel that even musical elements of some black cultures have come under attack.

These factors have arguably played a substantial role in allowing black communities to develop an insular focus in China, preferring by and large to prioritise building ties and encouraging dialogue between the numerous unique black identities here over doing the same with other more distant groups. This process was accelerated last weekend with the arrival of Black Panther in China. Yet while China does provide the perfect backdrop for such exercises of identity building, it is more the communities that it houses than the characteristics of its society that have contributed to the building of black unity.

WeChat groups are the WhatsApp group chats of Black China-  and in the immediate aftermath of Black Panther, when everyone gathered around the proverbial fire for a debrief, raw and honest sentiments on the movie, what it represented and how it made us all feel were shared.

The Atlantic writes that Black Panther’s “…core theme is Pan-Africanism, a belief that no matter how seemingly distant black people’s lives and struggles are from each other, we are in a sense ‘cousins’ who bear a responsibility to help one another escape oppression”, a sentiment echoed by voices in the black community here.

Exemplifying the diversity of our community, Damian (an African-American residing in Ningbo) and Greis (a Congolese student in Wuhan) shared their thoughts on Black Panther’s relevance here. “I’ve witnessed first-hand the pain between Africans from the continent and her diaspora, this movie takes a much-needed step towards healing that divide,’’ Greis wrote. Damian stated that “I’d never felt more at ease publicly expressing my yearning to be accepted by the continent and its people – this was a major turning point for me that likely would not have happened without Black Panther.”

In an interview with Trevor Noah, Chadwick Boseman recognises this dynamic, stating that Black Panther “creates a story that we (all black people) share, and it’s the first time I feel like that’s ever happened… part of that is because you have these two characters (T’Challa and Erik) who have this collision and they have to go through each other and find out about each other, so even in fighting there is a sense of kinship among them.”

Several members of our community in China remarked on the complementarity of T’Challa and Erik’s approaches, a nod to the fact that despite the ending we saw in the film, black communities in China are open to putting our perspectives together and our differences aside.

On community and belonging

For many of us, China has been the first time we’ve been confronted with so many alternate versions of blackness – Africans, black Caribbeans, Afro-Latinos and more – different but the same, divided but connected, yet all unified by shared ancestral roots.

This proximity and the inability to surround oneself solely with those who reinforce our pre-existing identities brings us to tackle some, at times uncomfortable truths about our similarities, differences and the painful histories that have led to these realities.

This experience causes us to reassess things about our identity that we’d previously taken as gospel, and adopt identities that better reflect our evolving understanding of who we are, and to which communities we belong. The China experience has been instrumental in spurring this ongoing process of identity. Black communities in China rarely depart completely from our pre-existing identities, nor do we disregard our own individual cultures, but instead develop a heightened attachment to the elements amongst the wider black community that are universal. In practice, this always means an effort to forge closer ties with other black cultures we come into contact with – much in line with the Pan-African undertones of Black Panther.

Chimamanda once famously stated that she’d never realised she was black until she first set foot in America. Countless black people in China also started to define themselves in a different light having moved here and been exposed to previously unknown yet familiar black cultures.

The cultural theorist Stuart Hall explained the identity process as discussed above thoroughly when he theorized that identity, in particular, cultural identity “is a matter of ‘becoming’ as well as ‘being’. [They]…come from somewhere, have histories. But like everything which is historical, they undergo constant transformation.”

Identities show more about where we are in a specific historical moment. We have learnt what blackness has meant in China thanks to the work of people such as historian and author Aaliyah Bilal. Yet, as a community we find ourselves still grappling with the multi-faceted dimensions of black identity as they exist in China now. Part of Black Panther’s relevance to our community in this moment is the impetus its given us to have these uncensored and honest discussions internally. The growth and transformation of identity is inevitable. However, our power lies in directing the course of this process in a way that is conducive to the unity and progress we all desire.

Following this logic, and returning to the sentiments of Stuart Hall, to identify with blackness in China will mean different things as time progresses – for now though, the black community in China, spurred on by the Black Panther premiere weekend, has stated quite clearly and strongly what it is – beauty, excellence, and the compatibility of unity and diversity.

Black Livity China strives to echo both the joy of blackness and the unifying energy of ‘Livity’ that runs through us all. Our mission is to capture the full breadth of the Black experience in, around and in relation to China. This is an effort initiated by members of our community, by us for us.

Did you host a premiere or Black Panther themed event in China? Contact us to have your images added to our ‘Black Panther, Black China, Red Carpet‘ photo series. 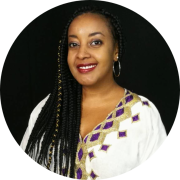 Meet The Togolese brothers standing brave in the face of Coronavirus